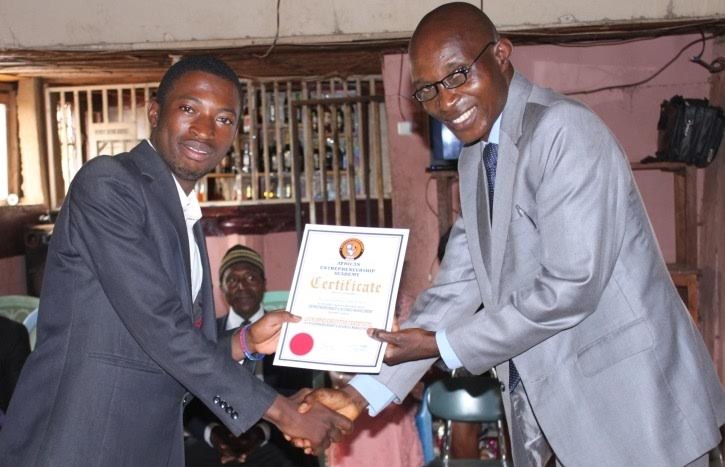 Javnyuy As A Certified Trainer

Javnyuy is a certified trainer by The American Entrepreneurship Foundation (AEF) California USA, he is a highly sought after enterprise development trainer (Business Coach), consultant & speaker, author of several articles that have been published on several platforms & magazines across Africa. Javnyuy speaks in averagely 200+ capacity building workshops, conferences, corporate events yearly across Africa reaching thousands in the areas of enterprise development, corporate efficiency & personal development. He is the author of one of Cameroon’s sought after personal efficiency book “35 Days of Re-Defining You for Success” and Co-Founder and COO of The 50 Most Influential Young Cameroonians Awards Initiative.

Javnyuy is Full of Experience

“I Have Expanded into a Bigger Place With Huge Stocks”